How to make memes with Opera Snapshot

In a general sense, a meme is any idea, behavior, or style that spreads through imitation. Fun fact: the root of meme comes from the Ancient Greek mimene, which means an imitated thing. Colloquially though, the word meme usually refers to an internet meme, or image macro, which is an image overlaid with text. These are generally funny (depending on your sense of humor) and, if successful, become imitated and spread throughout the internet, usually through social media.

Opera’s free Snapshot tool is pretty great for creating memes. It lets you quickly capture any part of a webpage, as well as add lines, arrows, highlights, selfies, emojis, blur effects and text. It includes multiple fonts for memes, along with the traditional meme font, Impact.

To make a meme, browse the web for an image you’d like to use. Once you’ve decided:

While Snapshot makes it easy to create memes once you have an idea, actually coming up with the idea can sometimes be a lengthy process. So we’ve decided to break down aspects and popular types of funny memes, as well as language structures and templates for memes. We hope that these guidelines, along with the Snapshot tool as your meme maker, will be useful for your creative efforts. 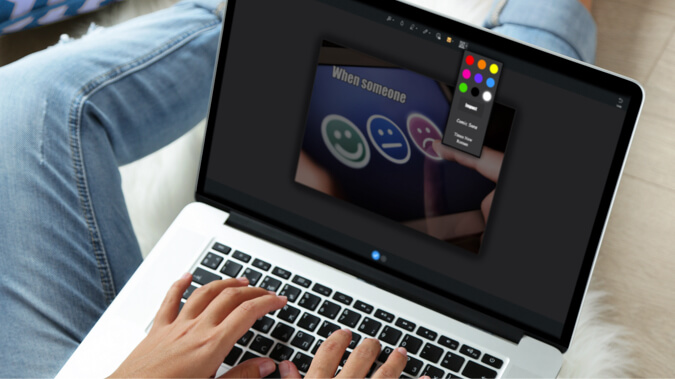 Whether a meme goes viral and becomes imitated mostly comes down to luck. Humor is a deeply complex phenomenon that is difficult to dissect. However, there are a couple elements that can be found in both successful jokes and viral memes. So, when you add text to meme photos, it’s a good idea to make sure the following aspects are considered:

Things are funnier when people identify with them, or are at least familiar with them. Memes often illustrate awkward social situations for this very reason - we are all haunted by the stupid and embarrassing things we’ve done. Identifying with a meme makes us feel less alone in our awkwardness, and that positive feeling enhances the humor. Thus, self-deprecation is a common theme.

Memes often use elements of existing memes and add their own twist. It’s similar to when you’re messing around with friends - your jokes and comments build off of each other's, turning one joke into a running joke. A benefit of this reiteration is more familiarity, as discussed above. It’s like when you’re studying a language and you finally understand a joke in that language - being part of that group just makes the joke funnier.

Memes are simple and short

Short and simple memes are easier to imitate, allowing for further iterations. Also, we have short attention-spans; you can’t expect someone to dedicate entire minutes to reading your meme. Jokes standardly consist of two main elements - a setup (context) and a punchline (ironic result/action/comment). What’s interesting about memes is that the image in a meme, or even familiarity with past iterations of a meme, can serve as one of those elements, allowing you to keep it short.

Irony is arguably the foundation of all humor, and memes are no exception. Irony breaks stereotypes in thinking by presenting unexpected results. A neat feature of memes is that, because of their iterative nature, expected results can themselves be ironic, if past iterations of the meme presented unexpected ones. Considering the viewer’s familiarity with previous iterations, an ironic result is now expected - providing a nice opportunity for a double-layer of irony. A good example of this is the good guy Greg memes following in the footsteps of scumbag Steve.

Types of memes and language structure

Let’s look at 5 traditional meme templates, as well as the structures and styles they use. These examples are good foundations for reiteration, using either the original images or the style of phrasing.

This meme template depicts the choice of one thing over another. The irony comes from ignoring the smart or recommended choice in favor of the easy or tempting choice. Like choosing ice-cream for dinner instead of vegetables. It’s relatable because, as humans, we do this quite often with a sense of guilt - the admission of which is self-deprecating. 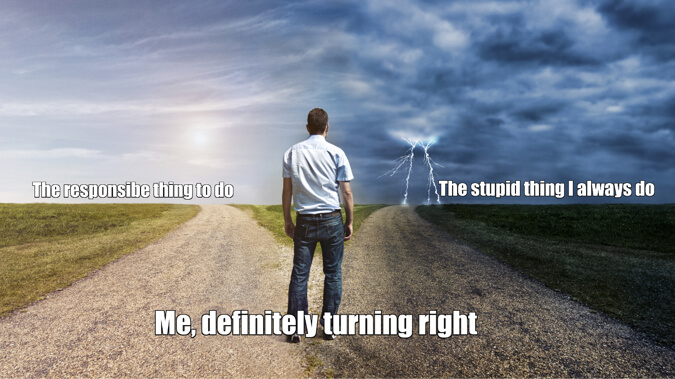 Classic examples of this meme are The distracted boyfriend and Exit 12. To make a meme like this, you’ll generally use: 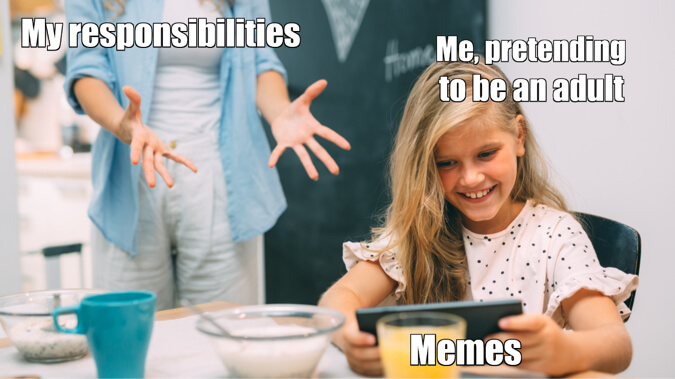 This meme focuses on common anti-social behaviors that are familiar enough to be relatable, as in the classic meme with Scumbag Steve. A common trend in memes is an ironic action (not expected in the context). The irony in this meme, however, is that the action is entirely expected by the context, and thus the meme itself is ironic only in contrast to most meme patterns. It’s a bit meta, and a very good example of how reiteration is an important aspect in memes. 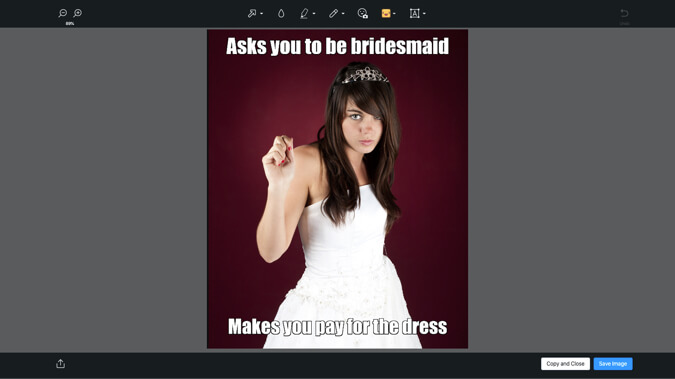 Also, pointing out antisocial behaviors in others makes us feel good by contrast, and the public forum of a meme gives us a sense of vengeful satisfaction. Plus, it’s just funny. To create a meme like this, you’ll need: 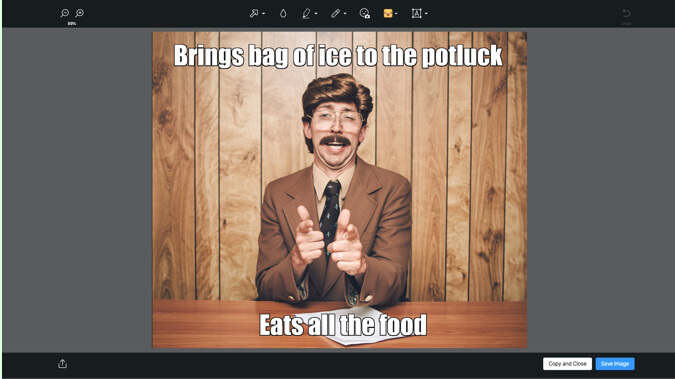 This is another meme whose irony is based on contrast to previous iterations. Unlike the bad guy meme, the good guy meme presents you with a wholesome behavior in a given context. The image used in the classic example, good guy Greg, could easily be used in a bad guy meme, making the action unexpected. Most of us want to be the good guy, making this meme quite relatable. 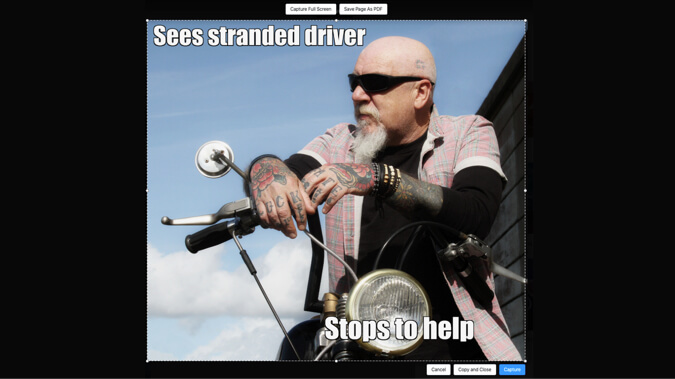 The format is a variation of the bad guy memes: 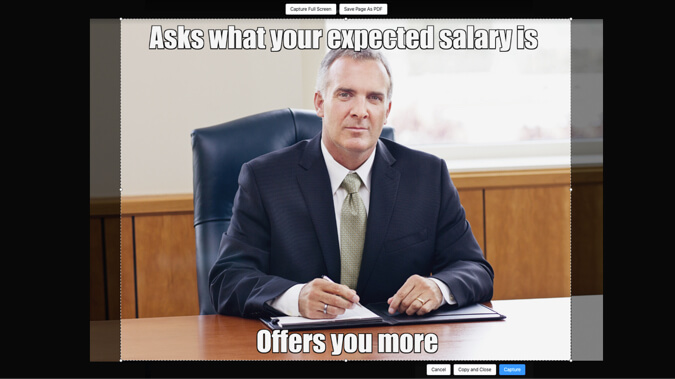 This variation of the standard context/response meme uses the image itself as the response. The text presents a familiar but annoying context - like someone asking you a question you don’t like, or an uncomfortable situation. The relatable aspect is the image itself, which depicts how most of us feel in that situation, either through expression or action. A reverse, self-deprecating version of this is the meme Me explaining to my mom. 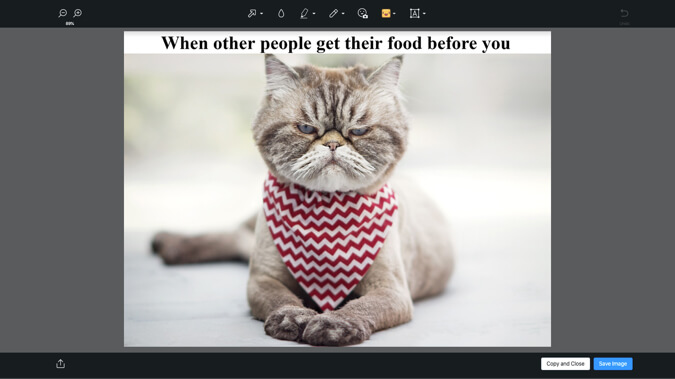 All you need for this meme is: 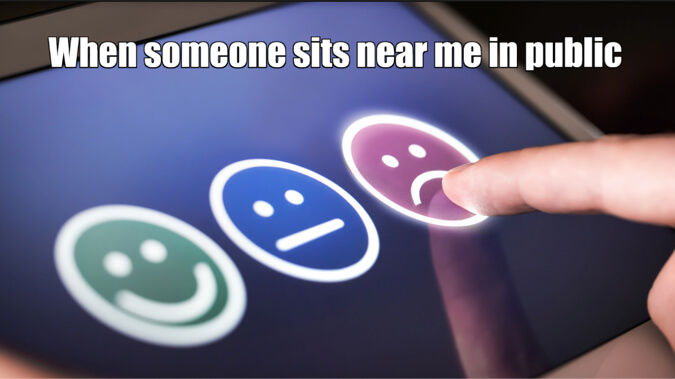 This meme trend is also dependent upon previous iterations, like the When… memes above. In this variation, Nobody: represents the idea that nobody asks for or requests the response that’s given - like the stereotypical example of someone talking about their veganism, even though no one asked about it. 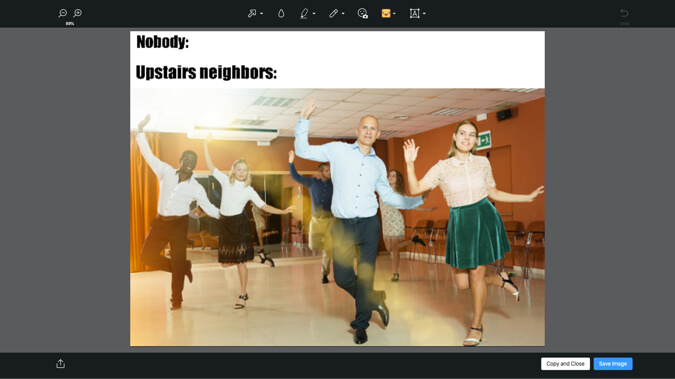 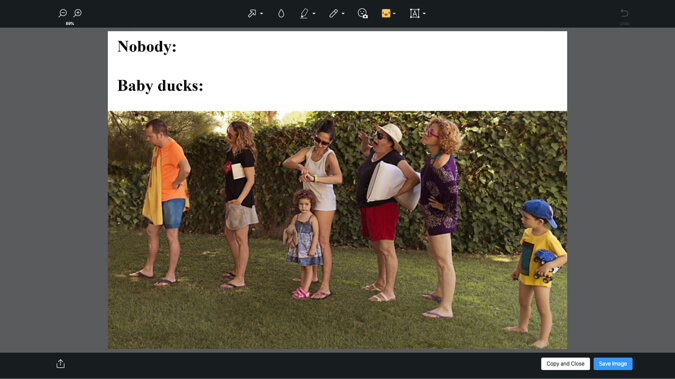 Make your own meme

The above memes are great foundations for reiterative memes. However, do not feel limited to only creating variations of existing text images. Take a snapshot of an image you find online, and use Snapshot's meme creator to unleash your creative spirit and make a new meme.

Keep in mind that Snapshot is a free screenshot tool with many uses beyond meme generator. You can send snapshots of chats, highlight a section, or have an arrow pointing at a key point. Draw directions on a map, blur a price-tag or part of an image, or paste a selfie into one of Opera’s built-in messengers. Long story short, Snapshot is a free and easy-to-use tool with endless possibilities, just use Ctrl+Shift+5, or the camera icon in the top-right. 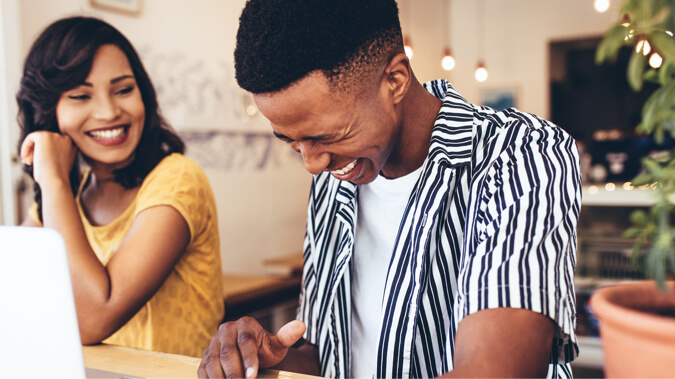 How to configure your Opera desktop browser

You deserve a better browser

Free VPN, ad blocker and Flow - Just a few of the must-have features built into Opera for faster, smoother and distraction-free browsing.